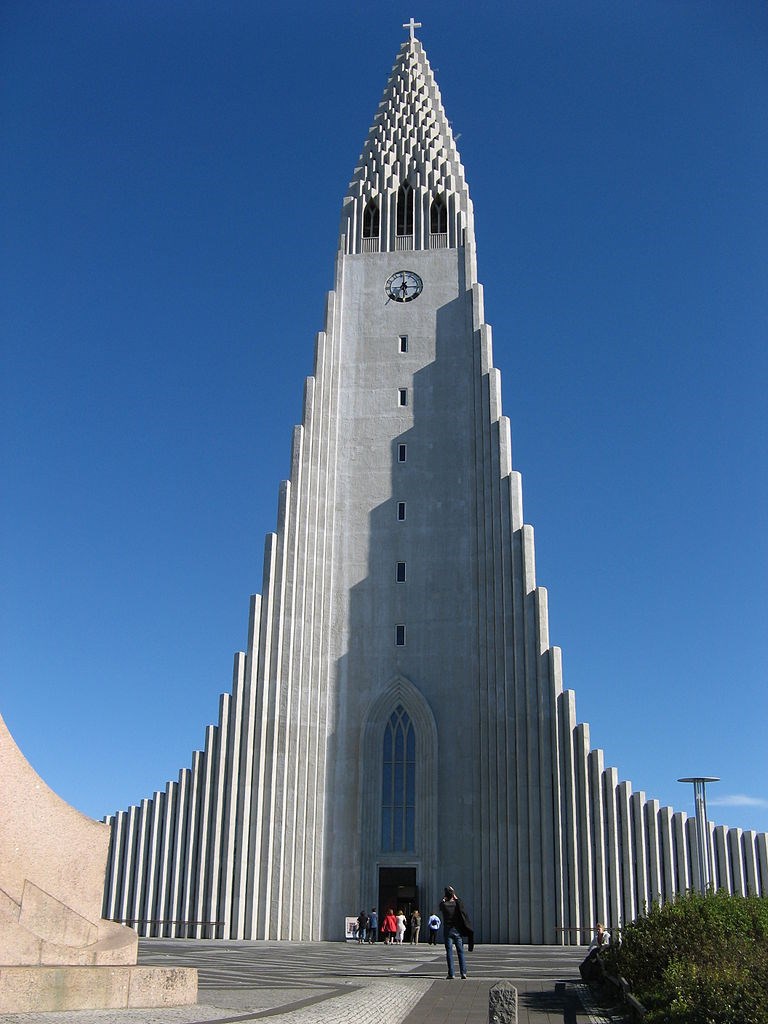 You should know that your tour of Iceland is incomplete without a visit to this amazing masterpiece. The Hallgrimskirkja Church which took about four decades to construct belongs to the Lutheran church. Not only does it offer magnificent sight for the eyes, it also offers a panoramic view of Reykjavik city from the tower.

The church is visible from almost every part of the city, therefore easy to locate. Sitting majestically on Skolavordustigur, it is one of the most outstanding structures in the city.

History and design of Hallgrimskirkja Church

The architect, Gudjon Samuelsson designed the church in 1937. This became his most famous creation even though he was also famous for other works including the national theater of Iceland.

The design is inspired by the exquisite natural endowments of Iceland, especially the Icelandic basalt lava flows. The structural design also reflects Thor's hammer but with the handle turned upside.

In 1946, the ground breaking for the structure began and 41 years later, the Hallgrimskirkja Church was completed. However, the church's tower was completed before the church building itself.

Standing at 74 meters (240ft), Hallgrimskirkja Church is the tallest church in Iceland and the sixth tallest building in the country.

Within the iconic church building, you will find the gigantic pipe organ. With over 5.000 pipes within it and lining the church top to bottom, this incredible instrument weighs 25 tons and stands at 15m tall. The organ was constructed by German Johannes Klais of Bonn and completed in December 1992. This makes the church ideal for classical musical performances.

The front of Hallgrimskirkja Church is graced by the statue of Leifur Eiríksson. The statue which was a gift from America to Iceland in 1930 was sculpted by Alexander Stirling Calder. Specifically, the gift was in commemoration of the 1000th anniversary of the Althing parliament.

Leifur was a Norse explorer from Iceland, the first European to land in North America around 1000 AD. It was purported that he discovered America, 500 years before Christopher Columbus.

Locating the church is an easy one. The amazing tower can be seen from miles away from most parts of the city of Reykjavik.

Entrance into the church building is free. But to access the tower, you need to pay a 1.000 ISK admission per person (100 ISK for children). You can join the numerous other visitors to assess the tower using a lift. The Hallgrimskirkja Church is open every day except on Sundays during the mass.

The Hallgrimskirkja Church was named after 17th-century poet and hymn writer Hallgrimur Petursson. There are so many reasons to visit the church. Your journey will only be complete when you have been high up in the tower. There, you can enjoy a breathtaking and sweeping view of Iceland.