Best Places to See the Northern Lights in Iceland 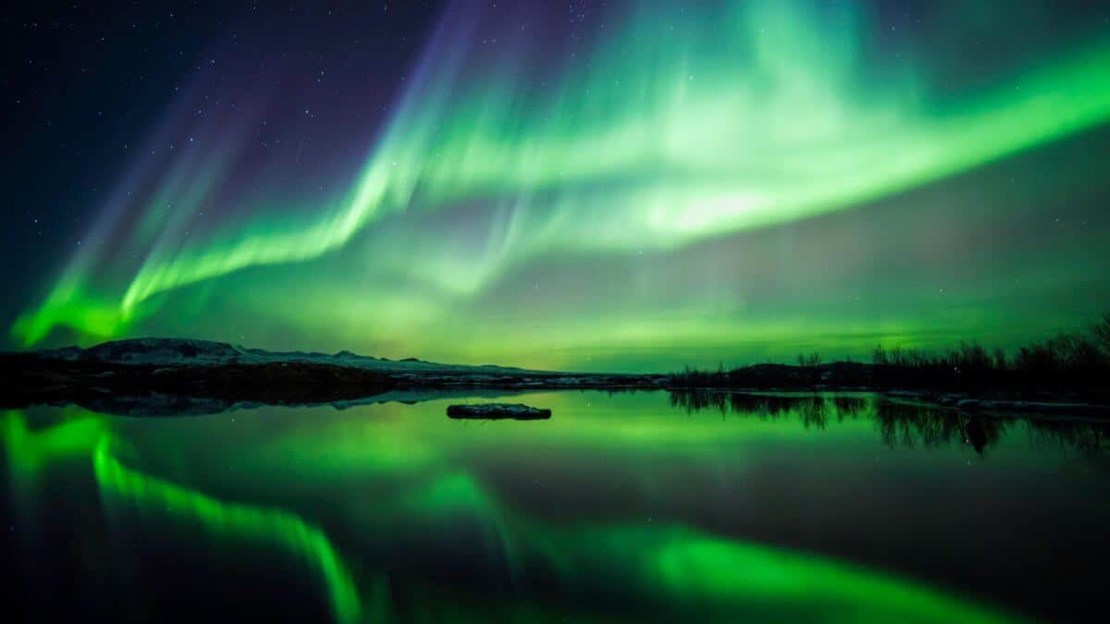 Experiencing a firsthand view of the northern lights is nothing short of amazing. Peering into the night sky, canvased in a backdrop of darkness, with the stars twinkling, and then witnessing the spectacular northern lights. These colorful streams of lavender, green, and pink hues, also known as the Aurora Borealis is an amazing natural occurrence indeed.

While the northern lights are visible in various places around the world, Iceland is by far one of the most popular destinations for viewing this amazing show of lights. With visibility being at its peak, between the months of August and March, if you’re planning a trip to Iceland during this time, be sure to add the northern lights to your itinerary.

Capturing views of the northern lights can be done via professionally guided tour as well as venturing out on your own. Regardless of which experience you choose, it is helpful to be aware of the ideal weather conditions, what to pack, how to dress, and where some of the best viewing spots are.

Here, we will share key point that will help you make the most of your northern lights experience.

What are the Northern Lights?

Prior to the scientific explanations of these solar light shows, the various cultures throughout history created their own mystical theories, ranging from good omens to spirits of the dead.

Now we know that the Northern Lights are the result of sun particles colliding with oxygen and nitrogen once they enter into the earth’s atmosphere. These electrically charged sun particles are vary in intensity and speed, which affects the colors and intensity of the northern lights.

Because it is an act of nature, there is no guarantee of regularity of visibility of the aurora. However, they are more active at the northern and southern poles of the earth. Since Iceland is so far north, it is an ideal spot for viewing them. Just as the “Northern Lights” are called the “Aurora Borealis,” the “Southern Lights” are formally referred to as the “Aurora Australis.”

While Iceland’s northern lights season lasts for several months, weather conditions and time of year are also important factors for capturing this natural phenomenon at its best. Iceland is one of the best locations to view the northern lights largely because of its close vicinity to the Arctic Circle.

Once the Fall Equinox occurs, the temperatures start to drop and the night skies are their darkest and longest of the year. It is during this season that the visibility of the northern lights is ideal.

To increase the chances of seeing the northern lights make sure the skies are clear of clouds. Oftentimes clear night skies and freezing temperatures go hand in hand, so if you stay up to date with the Aurora service forecasts and can endure the cold, most likely you will have ample opportunity to view the Aurora.

Choosing the Best Time to Witness the Northern Lights

While nighttime skies increase the possibility of seeing the northern lights, once the winter solstice occurs in December, the northern lights can sometimes even be seen during the day; especially in the northern parts of Iceland. However, daylight and city lights typically cause the Aurora to be invisible.

Like most weather patterns, it is not possible to know an accurate forecast of the Aurora activity or cloud cover more than a few days in advance. Obviously, the fewer clouds the better and when referencing the aurora forecast, having a basic understanding of the scale is helpful. The scale measure is between 0 and 9, and anytime the forecast is higher than a 2, the likelihood of seeing the aurora is exceptional.

While some areas of the city do provide views of the aurora, it is recommended to wander outside of the city and away from light pollution as much as possible.

What to Wear on an Aurora hunt?

When heading out on your quest to find the aurora, packing the right supplies and wearing proper clothing is a must. As previously mentioned, the northern lights season is also the coldest time of year.

Pack plenty of energizing snacks, coffee and hot chocolate to help keep you warm and cozy. Also, bundle up in clothes suitable for skiing or hiking in the snow, incorporating multiple layers to adjust for the ever-changing temperatures and weather of Iceland. Thermal undergarments and waterproof outerwear is ideal.

Above all, the attire you wear on your aurora hunt should be comfortable and warm, from head to toe. Don’t forget a scarf, hat, hand and toe warmers, and gloves, too. Certainly you’ll want to keep your fingers warm but bulky mittens or gloves will hinder your ability to use a camera. So, plan on wearing a pair of microfiber gloves underneath a thicker pair of mittens or gloves that can be easily removed.

Most likely you plan to capture your northern lights experience on camera, which is an excellent idea. To the naked eye, the northern lights oftentimes appear white or faded in color, unless you are fortunate enough to capture it on a perfectly brisk clear brightly lit night.

Typically, the vibrant colors of the aurora will be more vivid with a camera. The camera needs to work well in low light, and a model with high ISO performance will produce the best photos. Also, when choosing a camera lens, opt for a wide lens with fast aperture and a camera capable of 15-30 seconds exposure.

Pack a tripod to provide more stability for the photos, and a remote control operated camera will prevent the camera from shaking. Be sure to pack one or two extra memory cards and plenty of spare batteries as well, batteries tend to drain more quickly in cold temperatures. Packing your camera in a bag will make it more travel friendly, protect it and help prevent the lens from fogging up, especially in drastic temperature changes, as you move from the vehicle to outdoors.

Obviously, there are many variables to consider when planning on watching the northern lights. While the northern lights can be witnessed from most places in Iceland, as long as the weather is cooperating, some locations are better than others. While you may be able to view the Northern Lights in Reykjavik, the Iceland’s capital, it may be better to get out of the city to avoid light pollution which will affect your experience and chances.

Below we have compiled a list of some of the very best places in Iceland to view the northern lights:

Using this information will increase your chance of seeing the northern lights experience and making memories that last a lifetime. So, whether you choose to find the northern lights by joining tour with a local expert guide or decide to rent a car to enjoy your own personal adventure, planning ahead is key.