How to avoid speeding tickets in Iceland 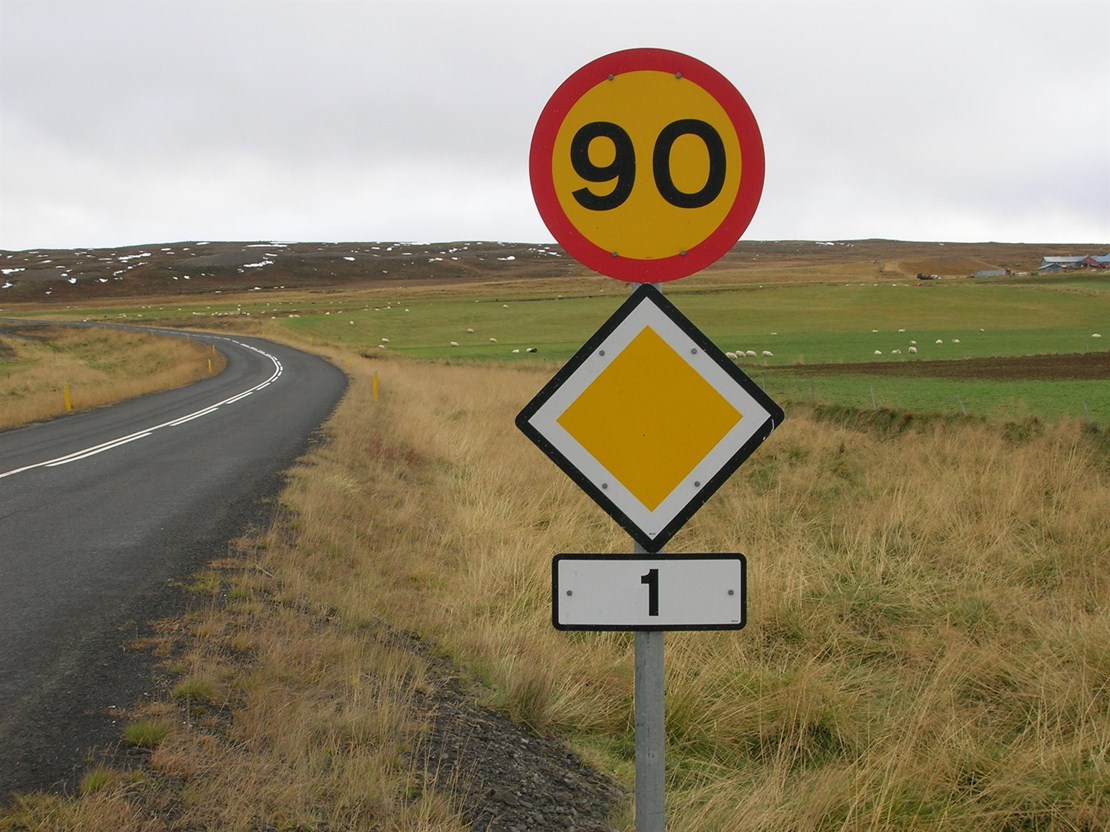 Iceland is a beautiful country with many vibrant and exciting places to visit. This is why so many visitors are known for stopping by to pick up a rental car, so they have complete control over how much of the country they get to see during their stay. Driving in another country can be a little intimidating, but it is generally a fairly simple transition to make as long as you understand the local laws. In Iceland, it is fairly easy to get a speeding ticket, which is why we decided to throw together this quick guide on how to avoid getting a speeding ticket during your stay and what to expect in the event that you actually do end up getting one.

What Makes Driving in Iceland Different

For most people, driving in Iceland can be confusing for different reasons. If you are from the United States, you might be relieved to find that you still drive on the right side of the road. However, if you are from the UK or Japan, this might be a bit of a jarring change for you. On the other hand, if you are from Europe, you might be comfortable with seeing speed limits written in kilometers, while this can be a confusing shift for visitors from the United States. Fortunately, as long as you get the fundamentals down, you can expect to make this transition with ease.

As is custom with most other places, Iceland manages all speed limits in kilometers. It is what you can expect to see on the sides along the roadside, and it is what you will also see in your rental car. These limitations will generally vary depending on proximity to nearby cities and can also change for different types of roads. That is why it is important to always stay aware as you are on your travels so that you remain in compliance with the law.

In Iceland, there are some general speed limit ranges that you can expect to see on your travels. Having an understanding of these limitations and how they are applied can help you to have a better understanding of how fast you should be going at any given point in time. This makes it easier to adhere to the changes in speed throughout the country, so you can always be on the safe side of estimating how fast you should be going when you haven’t seen a speed limit sign for a while.

Residential areas are known to generally fall in the 30 to 50 km/h range. Though the exact image of a residential area might change from one area to the next, you can safely assume that highly populated areas fall somewhere within this range.

There are different speed limit ranges that are applied to driving in areas outside of city limits that can be considered less populated. While these are subject to change depending on location, size, and a few other features, most major roads follow simple rules, with the major differentiating factor being whether the road is paved or not. Unpaved roads, given their less secure nature, are known to have lower speed limits than their paved counterparts, so you should always exercise caution when driving on an unpaved road. In most areas outside of city limits, the speed limit is anywhere from 60 to 80 km/h for unpaved roads. Paved roads, given how easy it is for tires to grip them in normal conditions, are known for being on the higher end with ranges from 60 to 90 km/h in many cases.

One thing to consider when you are driving in Iceland is the weather factor. In a way that mirrors most other countries, speed limits are meant to be used differently in certain weather conditions. You want to avoid going the speed limit in poor conditions, particularly if the ground is wet or icy, which can put you at risk of crashing the car and injuring yourself as well as others. Always be aware of the elements at play and judge each situation accordingly.

What Happens If I Get A Speeding Ticket In Iceland?

For most people, the process of getting a speeding ticket in Iceland is in line with what you might expect. You might end up getting a ticket on the spot when you are pulled over, mailed to you by an officer of the law, or simply mailed to you after you have been caught by one of the machine services that might have noted you surpassing the legal speeds by a certain margin.

Of course, being from another country will not excuse you from having to pay the fines applied to you for this legal infraction. You can generally get a discount on the overall price of your ticket if you simply accept the charge and pay the fines immediately without contesting the charge. However, in the event that you want to dispute the charges, that is also an option. There are a few reasons why you might want to contest charges, but understand that you do this at your own risk. In most cases, this will not work in your favor and it is simply better to accept the fine and move on. This is even more true in the event that you were ticketed by an actual police officer rather than a machine. It is possible in some cases to effectively contest the tickets sent over by the machine in the event it was a true error.

When driving in a new country, it is always important to brush up on the laws of the local area. You will want to make sure that you are well-versed to avoid having to pay a fine after your lovely vacation. As you drive through Iceland, be sure to remain vigilant about reading posted signs and being aware of your surroundings at all times. It can also help to consider the speeds of the vehicles around you to get a gauge on what a more appropriate traveling speed might be. As long as you pay attention, you will have safe and have many happy travels!